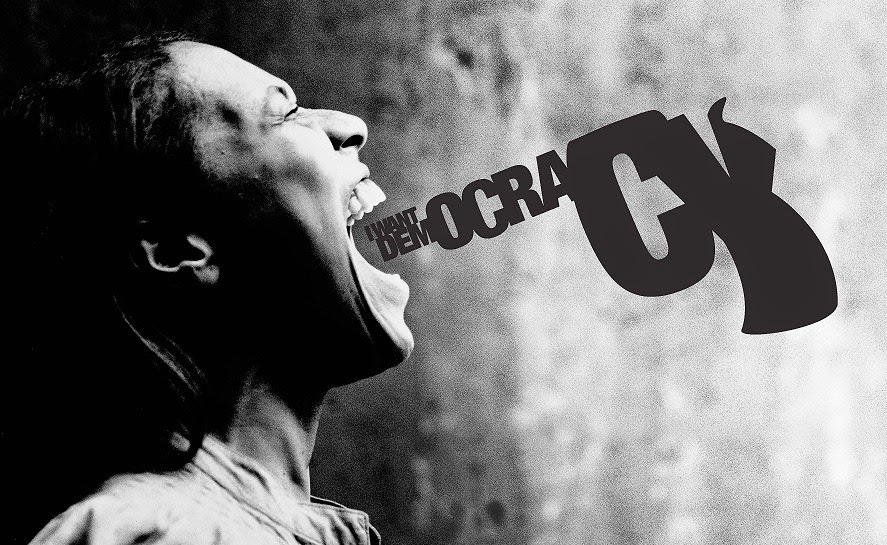 It's been almost a week now, and the dust still seems settling. A shocker for a distant few, an expectation for the proximal many, the Ekiti state gubernatorial election in south-west Nigeria came, saw, and "conquered". These below are 5 major realities, lessons sort of, that I've basically tried to decipher from the election as a whole.

1. FINALLY, THE PEOPLES' VOICE GET TO BE HEARD


"So, thumbs can speak again in my Nigeria!" That was my first theme of thought when I heard the results of the #EkitiDecides poll. Don't get me wrong dear ones, this isn't about who won or who lost, it is about the truth that the voices of the masses undeniably had its way, at a high-sounding decibel at that; that is a good sign. For the first time in a long while, there will be no election petition tribunal (bad biz for lawyers), nor accusations and counter-accusations, little or no opposition rhetoric and such likes that have always plagued post-election moments in our "typical" setting. Impressive! We are getting there! Democracy truly OF and BY the People, for real.


Many, I inclusive, have applauded outgoing Governor Kayode Fayemi for being gracious and gallant in defeat, but really, it'll take only a blind and deaf narcissistic fool to attempt to doubt and question the clarity of that election. It was a clear case of Masses decided, Masses voted, Masses won, simple.Remember, this isn't about a Fayemi or a Fayose, it is about the lesson learnt - "the voice" was resoundingly heard for democracy. It's worth a cheer.

2. BEYOND GRACE, YOU NEED GRIT, AND GUT, TO GET GLORY.

There's a high probability that Governor Fayemi may still be wondering why and how he lost, pondering about what else the Ekitians could have wanted that he didn't give or meet up to, especially when he self-affirms his "achievements", pondering on until he eventually submits to the consolation of Ebenezer Obey's "ko s'ogbon to le da" lullaby. But, it's a pitiful reality, Fayemi just lost.


Truth is, Governor Fayemi had and still has the grace of an amiable leader, copiously at that, but he lacked that matchless gut and unremitting grit, the two attributes needed by any progressive political office holder, to power inimitable policies, from the largely people-oriented to the down right undeniable, all in a quest to satiate the slow (but, at least existent) evolution of the masses.  As I said in my last article (read it here), the bar is being raised on a daily, some states in the country are working on a high, with groundbreaking, fresh and pragmatically radical works, all done with even a clear zest for improvement; and so, I personally had the inkling that any other state administration that can't match such productive pace, where grit and gut are important necessities, won't really last. I hope it happens so nationwide.


It's a pity. Dear masses, we need to evolve beyond this.


Well, of a truth, it is uneasy, and close to impossible, to preach the place of pride and integrity to a hungry man. Perish the thought, a hungry man can't be an angry man (as opposed to what we were made to believe while growing up); I've always wondered how a hungry man will muster strength to express anger. Anyways, simply put, a hungry man needs food, shikena. Unfortunately, years of untoward politicking in the country have found of way of earmarking, sustaining and "maximizing" these two, that is, pandemic poverty and epidemic hunger, as potent campaign fertile grounds. Both Fayemi and Fayose reportedly distributed bags of rice and money to floundering groups of people during campaigns, and to me, asides pre-election violence, that act was another major blight on #EkitiDecides. This isn't ideal at all.


As I pray in hope that hunger and poverty both cease from being the masses' Achilles heel, I look forward to when rice-sharing will be basically replaced with town-hall meetings, college/university symposia, and the likes, where political office seekers' manifestos are empirically made intimate with the masses, where all we want to hear is how plausible their plans are, and thereby simply inform our decisions on such premises, not food, not money. The politicians themselves should also ask, - Why should I share rice during campaigns to the same people I hope employs me to serve them?


If we don't desire to thoughtfully readjust, I don't think even Enyeama will be able to “save” us from perennial ruin. 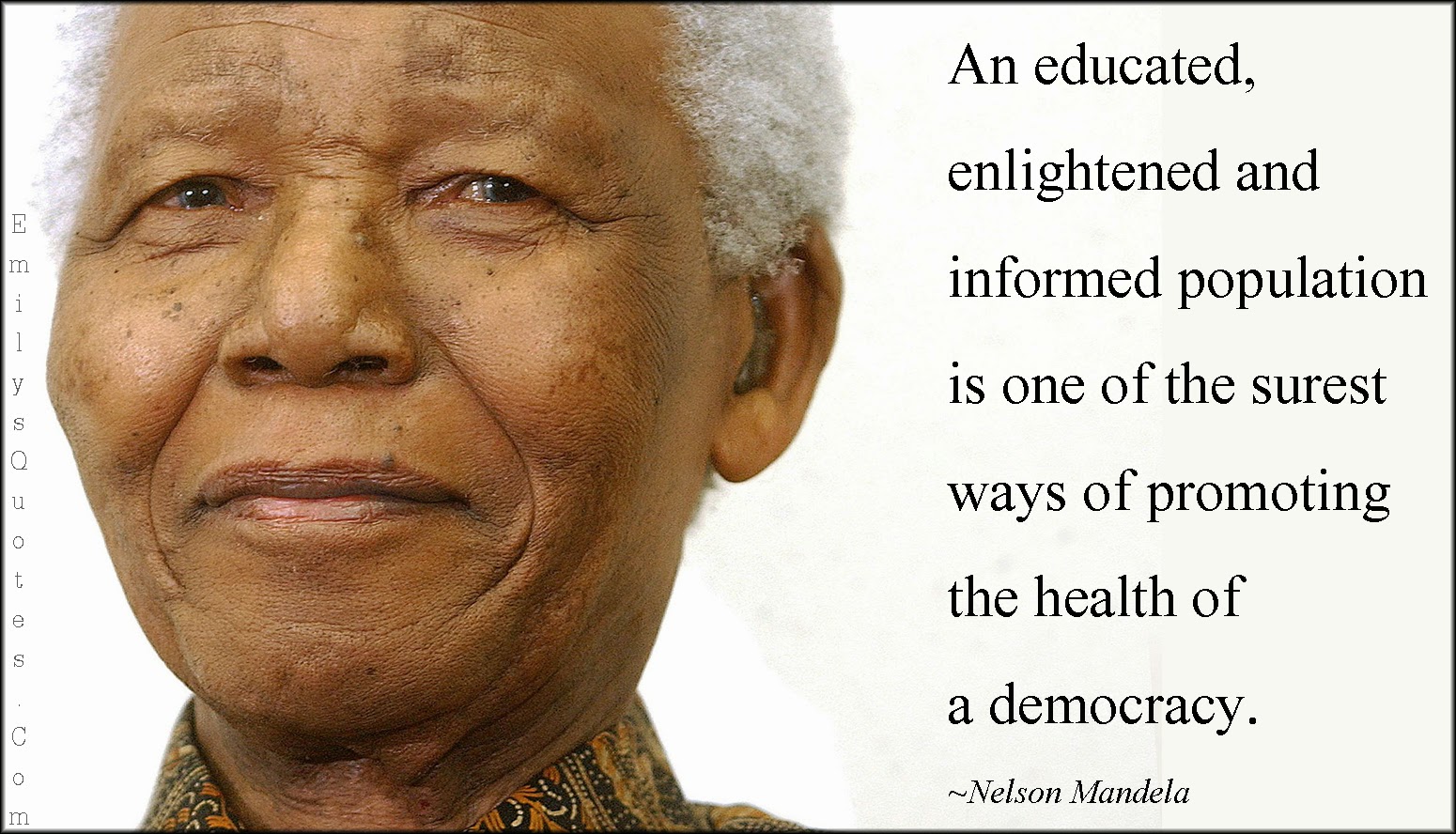 4. STRIKING A BALANCE IS NOW OF UTMOST IMPORTANCE


That serious and success-minded political office holders need to master the art of striking a balance between giving the fruits of governance and greasing the feelings of the governed is another point that the "shock" of #EkitiDecides drove home deeply. In as much as these two things seem largely interdependent, they are also loosely different entities. The average Ekitian, who actually voted out Fayemi as against voting in Fayose, stated ‘disconnect with the masses’, as his/her major reason for ditching the former.


The importance of striking a balance, an art which unfortunately still remains relatively unused even by the appreciably performing Governors, can't be overstated.


Balance is what will make the high-tax/must-pay-tax regimes commensurate with high standard (not cost) of living; good infrastructure, yes, but made for happy people (their salaries duly paid, rightly-esteemed, etc); elitist policies, yes, but made easily relatable to and for the average artisan voter, etc.


We can keep arguing about how to rightly place these priorities, but, for your information, dear political office holder, as #EkitiDecides just proved it, serving Nigerians appreciably well is close to being rocket science, you desired the responsibility, deal with it!

5. SO, WE CAN HAVE A PEACEFUL AND VIOLENT-FREE ELECTION DAY AFTER ALL.


Little or no violence occurred on Election Day for #EkitiDecides; that was another high. Bemused, I asked myself, "what could have happened rightly?” I couldn't hinge it merely on heavy military presence which hasn't really ensured violence-free election days in the past; I eventually came to the honest and simple realization that this violencelessness largely boiled down to the Ekitians unanimous decision to simply enfranchise without brouhaha. It was a simple decision. So, if we can decide to have peaceful election D-days without drama and violence, why so much pre-election violence then?


This, I believe points to one lesson, especially to the follwership, who are most times on the receiving end of these needless violence; a lesson that, violence-free campaigns and elections days aren't esoteric, they are achievable, even in military absence.